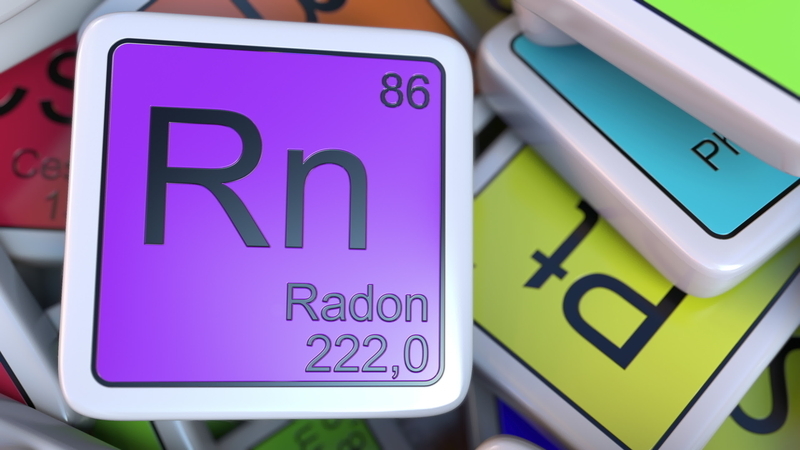 Ask somebody what they know about radon and they will probably say something like “isn’t that something found under some houses?” Ask Larry Glaze and he can tell you all about radon – what it is, the risks it can pose, how to test for it, and lots of information about radon in Oregon’s schools. Glaze is the Director of Operations and Facilities for the IMESD and over the course of his work the past few years, he has become somewhat of a radon expert.

According to the U.S. Environmental Protection Agency (EPA), radon is a naturally occurring radioactive gas that can cause lung cancer. Radon gas is inert, colorless and odorless. Naturally, present in the atmosphere in trace amounts, outdoors radon disperses rapidly and, generally, is not a health issue. Most radon exposure occurs inside homes, schools and workplaces when the gas becomes trapped indoors after it enters buildings through cracks and other holes in the foundation. Indoor radon can be controlled and managed with proven, cost-effective techniques.

In 2015, the Oregon Legislature passed a new requirement for Oregon Schools, mandating that all schools be tested for radon by January 2021. However, school radon testing information and protocols were not very prevalent, so Glaze’s job became busier and more complicated. “In Oregon, there really wasn’t a lot of information or step-by-step guidance about how to go about testing for radon in schools,” Glaze said. “We had to create best practices for how we were going to tackle this.”

In the past three years, Glaze and his small facilities team have tested 21 school districts for the presence of radon. They place monitors in multiple locations – classrooms, offices, cafeterias, gyms, computer labs, etc. – wait for a few days and then collect the monitors and send them to a lab. If levels are above the acceptable level for schools, they re-test those locations. If levels are still unacceptable, Glaze starts talking with school administrators about radon mitigation, which could involve sealing cracks, ventilation or installing barriers. And these mitigation efforts all cost money for schools. Glaze said historically, many Oregon school districts have tight budgets. “Finding additional thousands of dollars, especially for small, rural districts, to fix a problem a district didn’t know they had until we tested can be a real challenge,” Glaze said.

All of Glaze’s work has gotten noticed – he was recently asked by the EPA division out of Seattle to present on a March 16th webinar entitled “Radon in Schools: EPA Tools for Schools and Case Studies” hosted by The Conference of Radiation Control Program Directors and The American Association of Radon Scientists and Technologists. Glaze will present about radon testing in Oregon schools and how the IMESD provided leadership and support to this effort throughout Northeastern Oregon and Oregon in general.

Dr. Mark Mulvihill, IMESD Superintendent, said Glaze has done a tremendous amount of work across Oregon to improve awareness about radon testing in schools and to develop and implement effective and efficient school testing protocols. “Larry has emerged as the “go to” radon expert in K-12 education. He has made a name for himself across the state,” Mulvihill said.

When his IMESD coworkers fondly refer to him as the Radon Man, Glaze takes it all in stride. He would like people to know that radon in schools is a very important issue as it relates to indoor air quality. “We are all concerned about school safety, and radon is definitely something we need to address for the personal health of children and staff in our schools,” Glaze said.